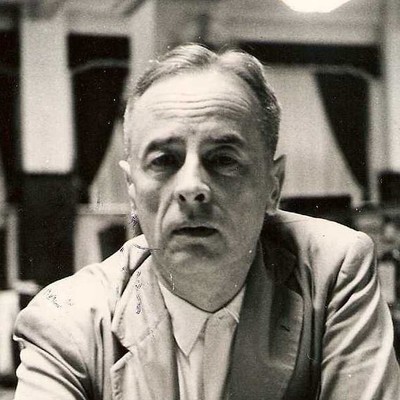 Polish writer and playwright was born on August 4, 1904 in Maloszyce Manor, Sandomyrsk province. In 1911 his family moved to Warsaw. Gombowicz studied Law in Warsaw University. In 1927 he got his Masters degree and moved to Paris, where he studied International Law. Witold returned to Warsaw in 1928 and started working in court. His collection of stories «Memoirs Of A Time Of Immaturity» was published in 1933. One of his greatest novels «Ferdydurke» was published in 1937. This novel brought him recognition among literature circles.

Just before the outbreak of WW II and Poland occupation, Gombowicz went to Buenos-Aires as a part of diplomatic visit and stayed to live there for the next 24 years. He described his experience as an emigrant in the novel «Trans-Atlantyk» in 1953.